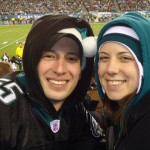 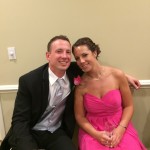 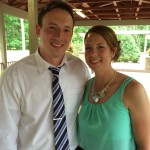 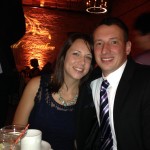 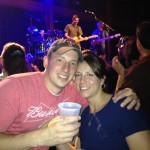 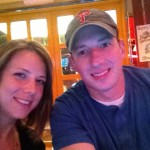 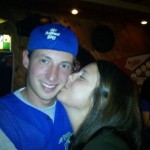 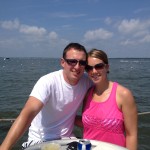 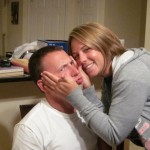 Jenni’s Side of the Story

Michael and I don’t remember the actual day that we met, but we do remember the moment. It was in our early 20s, this particular day I was hanging out with friends who were going over “this kid Mike’s house”. So, I decided to join. Little did I know that “this kid Mike” that I met that day, was going to be my future husband. Now, after this Michael and I would run into each other occasionally, and even went to a concert together with mutual friends. Fast forward to a night in June 2009. I was meeting some friends at Zola’s Lamppost. When I walked in, there was Michael, I sat down next to him… and we have been inseparable ever since.

There isn’t a mushy love story or an exact moment when I knew I was going to spend the rest of my life with him. As cliché as it sounds, I just knew. The bond that we share is so incredibly strong, we just love being together. We have made countless memories but one that will always be one of my favorites is our engagement.

Michael and I love the band Third Eye Blind, and when we heard they were playing locally we immediately purchased tickets. The concert was on December 20, 2015. That day we had a lot of running around to do to get ready for Christmas, and I had no idea what time the concert was or what time we were leaving, etc. And I needed to know these things! It was killing me that my schedule wasn’t planned out for the day. When I was asking Michael what our plan was, he went upstairs to get the tickets. When he came down he sat them on the table and went over to sit on the couch. So I rushed over to look at them, figuring we were already late. I opened up the envelope and there was my ring. My heart stopped. I turned around to look at him and he was in front of me down on one knee. The best moment of my life!

Starting from the first moment we met, I look back and feel that God put us exactly where we needed to be when we needed to be there, and for that I am forever grateful.

Michael’s Side of the Story

Jenni and I knew each other for years before we started dating.  They say you meet the one you’re going to marry when you least expect it. Little did I know that the one I was going to marry, I already knew…and it happened at the least expected time. I remember going out with friends and Jenni walked into a local hangout. I’ll never forget asking her if she had a boyfriend. When she responded no, I had a feeling she was going to be the one. We talked all night and the chemistry started to build immediately. We have been together ever since, growing closer and closer year after year. Jenni is my best friend and because of her I have become a better person. Asking her to marry me was no question…. she is the most beautiful person I know inside and out.

If you would have told me that 10+ years ago, the girl that was standing in my home was going to be my future wife I would have told you were crazy. I look at her today and think, I can’t believe she is my fiancé. And I am so happy.

We cannot wait to get married in a tropical paradise…on the beach…at Secrets Akumal in Riviera Maya Mexico. We sincerely hope that you can join us as we begin this new chapter in our lives, as husband and wife.

We worked with Brenda to book our “Dream” wedding! ...Read more!